Black Lives Matter – Books for Everyone 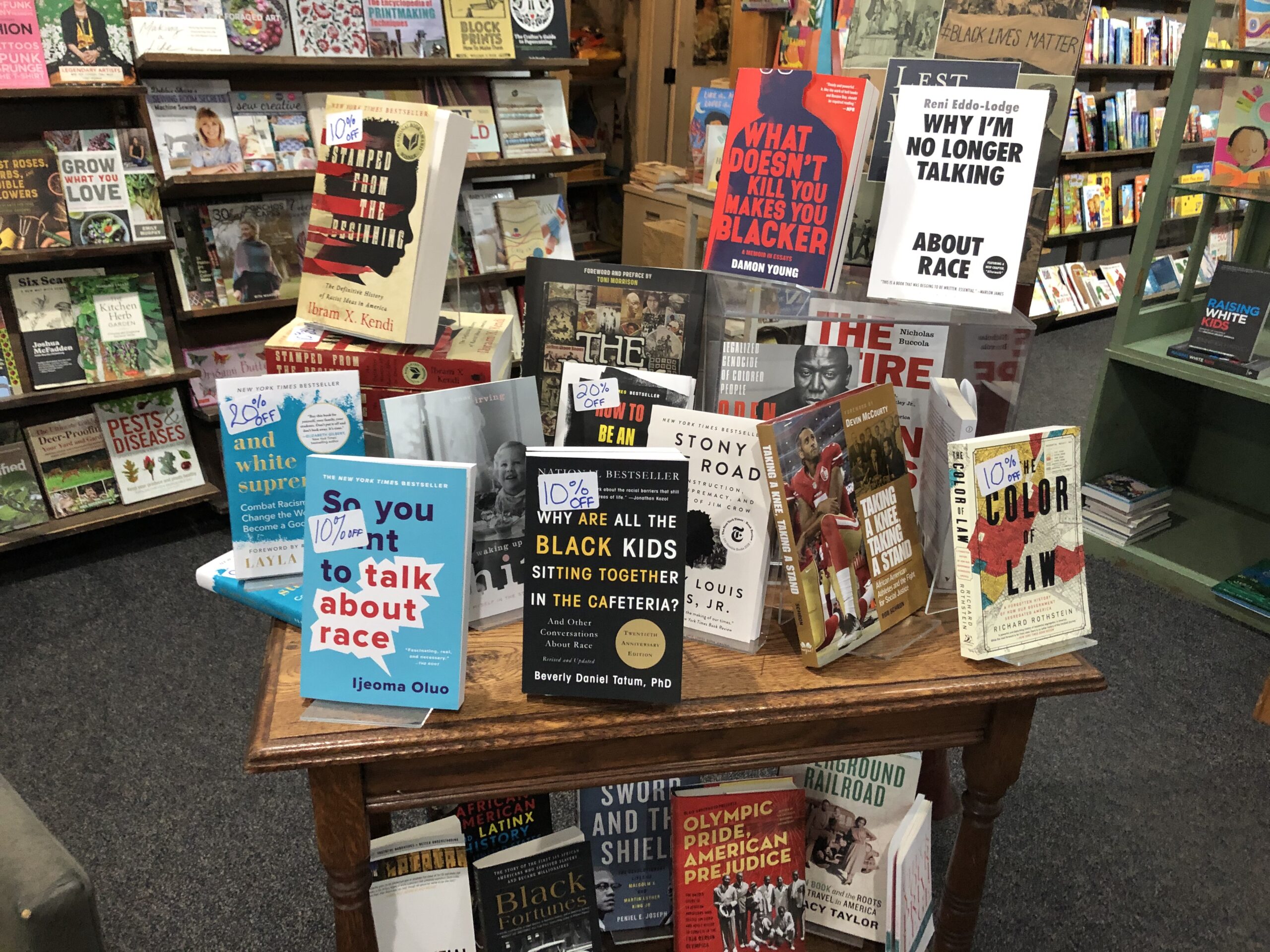 Click on any of the titles for more information and to purchase the book. These are books for adult and young adult readers.

How to be an Antiracist  by Kendi

Between the World and Me  by Coates

Me and White Supremacy  by Saad

I’m Still Here, Black Dignity in a World Made for Whiteness  by Brown

Hood Feminism, Notes From the Women That a Movement Forgot  by Kendall

White Fragility, Why It’s So Hard for White People to Talk About Racism by Diangelo

So You Want to Talk About Race by Oluo

Stamped From the Beginning, the Definitive History of Racist Ideas in America by Kendi

The New Jim Crow, Mass Incarceration in the Age of Colorblindness by Alexander

Just Mercy, a Story of Justice and Redemption  by Stevenson

The Color of Law, a Forgotten History of How Our Government Segregated America by Rothstein

Born a Crime  by Noah

Why Are All the Black Kids Sitting Together in the Cafeteria?  by Tatum

When They Call You a Terrorist, a Black Lives Matter Memoir  by Khan-cullers & Davis

What Doesn’t Kill You Makes You Blacker  by Young

Taking a Knee, Taking a Stand: African American Athletes and the Fight for Social Justice  by Schron