Cynthia brings her broad range of performance experience to her teaching. She shares her rare skill of bringing a sensitive, nuanced performance into the high-pressure environment of television, music video, and stage production, from musical theater to serious drama.  Cynthia focuses on the principles of authentic presence and applies them to the actors‘ workplace reality.

Cynthia (Mann) Jamin started her career in the performing arts as a dancer in the 80’s. She was featured in many music videos and performed on the Grammy’s with Donna Summer. She worked consistently on television in sitcoms and dramas until 2009, including recurring roles on Friends, Veronica’s Closet (with Kirstie Alley), and cartoons, Angry Beavers and Aaahh!!! Real Monsters. Guest starring roles included ER, Just Shoot Me, Will and Grace, Suddenly Susan, King of the Hill, Seinfeld, Providence, and many more. On stage, she produced and starred in an original one-woman show to sold out audiences in Los Angeles, starred in Pepper Street, the longest running musical in Los Angeles, and originated the role of Lily in the off-Broadway show Club Soda with Paul Ben-Victor.

Today Cynthia runs her own business and uses her acting experience in her own commercials, for her brand TwirlyGirl. She currently coaches privately and has taught cold reading classes at Acting for Life Studios in Los Angeles with actress, Jill Schoelen. 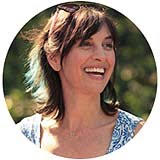