A Paper Orchestra, a one man play 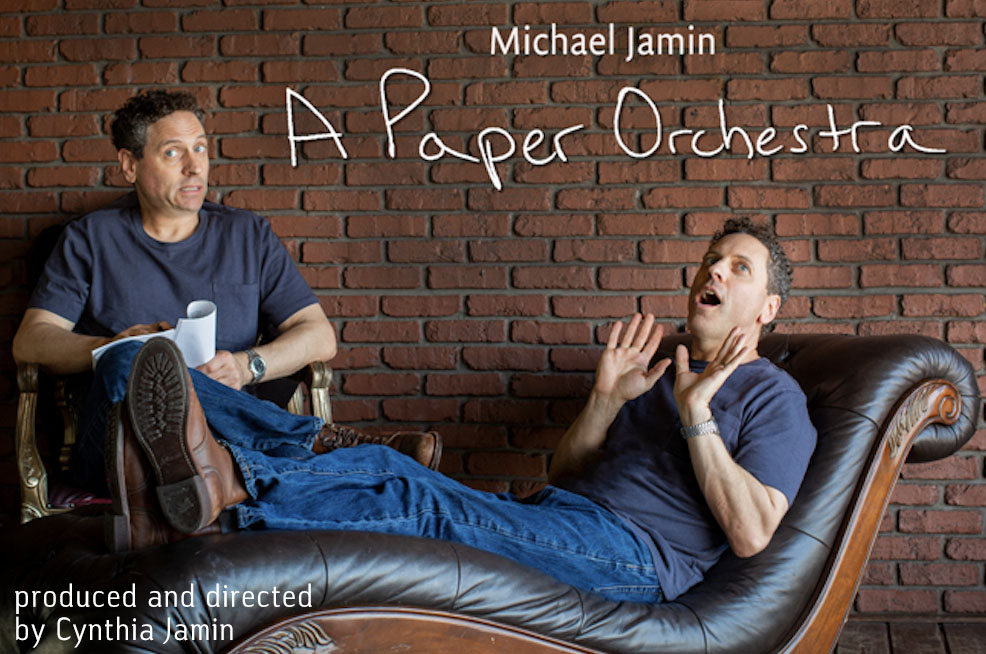 Stories of acceptance, identity, and the in-between

Written and Performed by Michael Jamin
Directed by Cynthia Jamin

His one-man show, A Paper Orchestra, is based on his forthcoming collection of personal essays. It premiered in Los Angeles to sold out audiences and he’s excited to be touring the country with it. Follow him on all social media: @MichaelJaminWriter or go to MichaelJamin.com.

Cynthia Jamin, director. Cynthia’s acting experience includes stage and television. Her numerous guest-starring roles include ER, Will & Grace, Suddenly Susan, Just Shoot Me, and many others. She had recurring roles on Friends and Veronica’s Closet.

Masks required for all audiences.