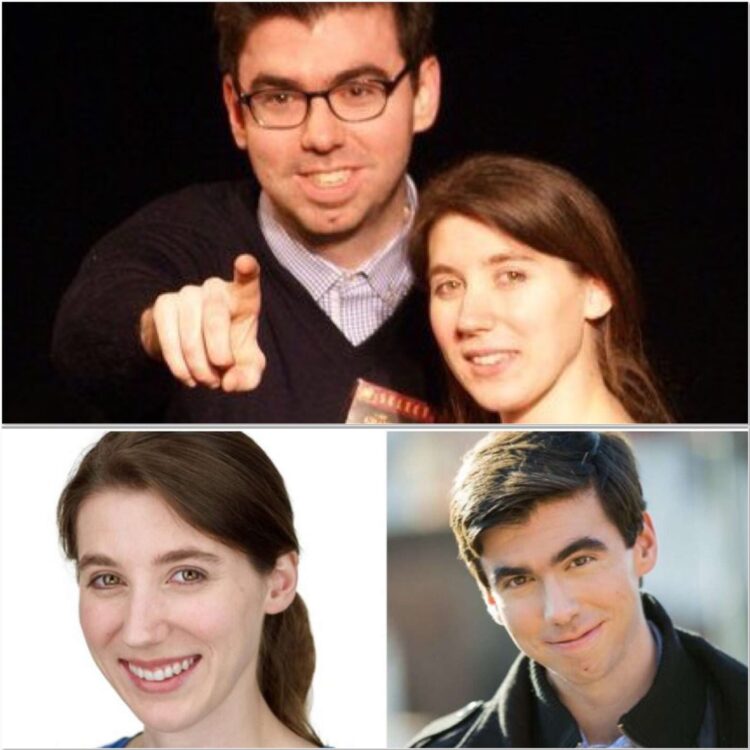 A collaboration of Acting Out! and The Actors Studio of Newburyport

Returning to the virtual world, just in time to bring good cheer to the new year! Enjoy this performance recorded with a LIVE audience using three high definition cameras at the Firehouse Center for the Arts just one year ago.
Hailed “A delight!” by The Los Angeles Times, romantic comedy First Night, will hit the Virtual Actors Studio stage in collaboration with Acting Out Productions this December.

It’s New Year’s Eve, 1985, and Danny Fleming, mid-thirties is about to close up his neighborhood video store for the evening when into his store pops a women he remembers from grammar school days. What he remembers most is that she went away to be a nun. Why is she there? Why does he care? You will have to watch the show to find out for yourself. The roles are played by John Manning and Jocelyn Duford who originated these roles at the Actors Studio of Newburyport production in Newburyport in Dec 2018.  The production then toured throughout New England with productions at the Larcom Theatre in Beverly, the Hatbox Theatre in Concord, NH, the Merrimack Repertory Theatre in Lowell and the Firehouse Center for the Arts where audiences raved at their comic chemistry.

Fortunately our cameras were there to capture this comedic chemistry with five digital cameras before a live audience.  The Boston Globe said of the play that it’s “a lovely riff of magic… touch it for yourself.”

How:    Follow this link to Acting Out to register – First Night by Jack Neary