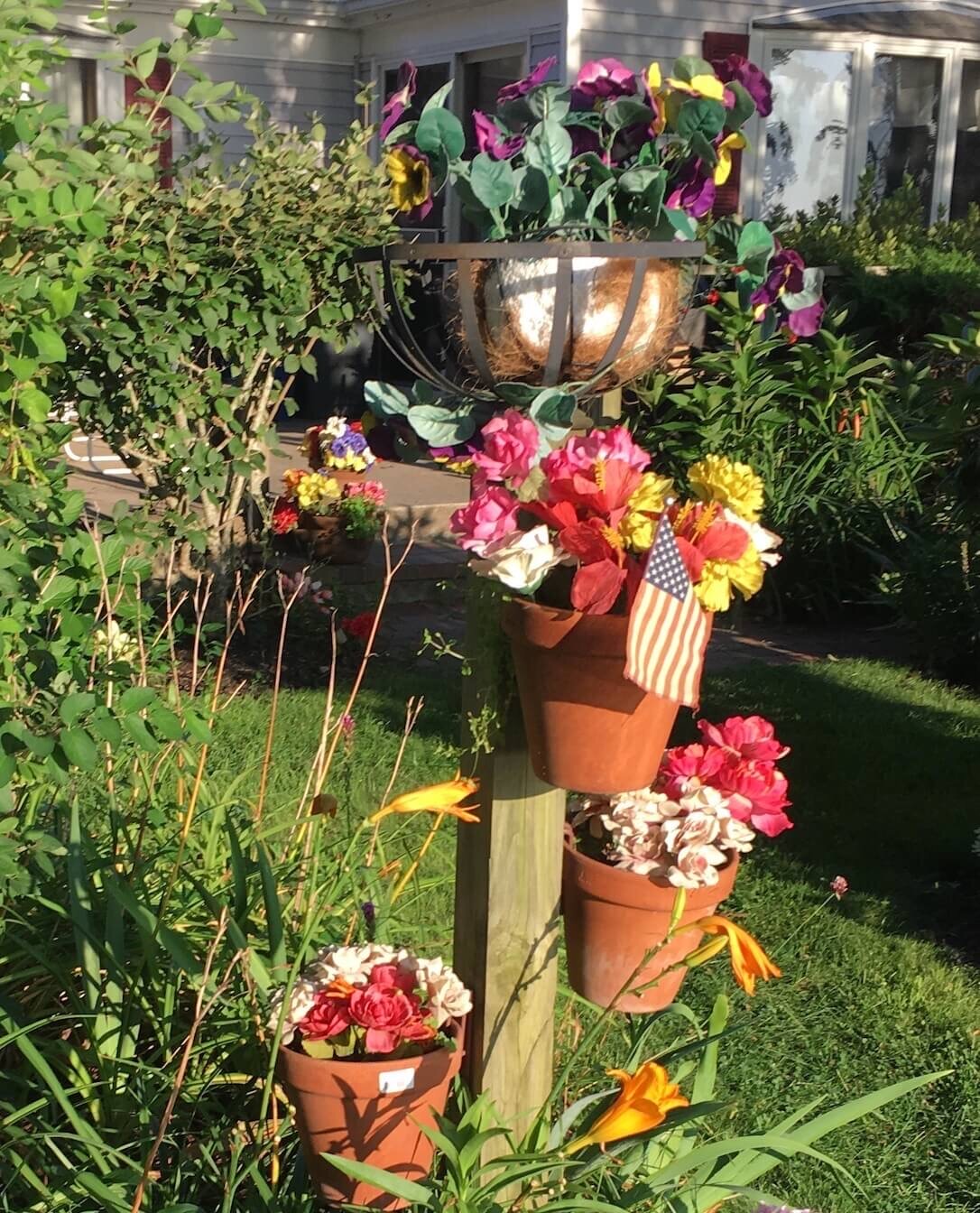 Is life about makin’ good or just makin’ do? This comedic tale, set in rural Tennessee, follows Rhonda and Peggity, two women of limited means and education. Over a 20-year span, they struggle to pursue their hopes and dreams, religiously guided by Martha Stewart and Oprah.

Act 1 in 1994 finds Peggity struggling to sell Mary Kay to save her family and Rhonda planting plastic flowers and watching her carefully planned life go up in smoke. Do they have the wrong dreams? How can they keep up? Tensions rise. Tequila, betrayal, plastic flowers, fire, cat fights, hacking off hair and more Tequila leads to a discovery and maybe even hope.

Act 2, 20 years later. 2014. Life happens while you’re makin’ other plans. Peggity’s kids are grown, and Rhonda is without a man or kids. Ever tried. Ever Failed. No Matter. Try again. Fail again. Fail better. (Becket) Disappointments, judgements, jealousies, lawsuits. Are there happy endings? Is there peace? Two simple women on the outside, not so simple on the inside, continue living by putting one foot in front of the other, without complaint. But at what cost? Makin’ crafts, makin’ love, makin’ choices, makin’ mistakes and, ultimately, the unwitting makin’ of a feminist in an unexpected, hilarious, turn of events.

Playwright Kathryn Rossetter is an actress/writer/private coach in NYC. As an actor, she has appeared on and off Broadway, regionally, and on television and film. As a writer, her essays have appeared in “BabyBoomers.com” (Skip With Dave), “Manifest- Station.net” (Toilet Paper Chronicles), “No Kidding; Women Writers on Bypassing Parenthood” (I Kid You Not), “The Hollywood Reporter (Me, Too Personal essay), and “The Gettysburg Magazine” (Life Unexpected). She has also written several solo shows including, “Ripe” and “Starving Hysterical Naked” that were performed at several venues in New York City. Her one-act, The Water Boy was performed as part of the one-act festival at the Gilgamesh Theatre to excellent reviews. Her two screenplays, “Fine!” and “Virgin Territory” were semi-finalists for Nicholl Fellowships in Screenwriting, leading to an option for “Virgin Territory.” She has also created two sketch comedy shows in collaboration with Nancy Giles and one in collaboration with Connie Ray. All of which were performed in various venues around New York City and LA. She is the recipient of a Tennessee Williams Fellowship for writing and developing solo performances.

She has taught “creating the solo show” at NYU, Ensemble Studio Theatre, and Sewanee, The University of the South. She also taught MFA acting at the New School University where she was the head of the drama department for 4 years. She has moved on from teaching to return to full-time writing and acting. Feeling trapped after months in pandemic lockdown, she finally got herself a car for the first time in over 30 years. She can now add road rage to her list of special skills. See www.Kathrynrossetter.com.
The audience is invited to participate in a feedback session to help the playwright develop the play.North Shore Readers Theater Collaborative—Established in 2006, sponsors ten events a year at TASN. On the second Saturday of every month from September to June new plays from local and regional playwrights are presented in a Readers Theatre format before an audience, followed by a moderated talkback. This provides playwrights an essential step in play development and local actors and directors the opportunity to work in the Readers Theatre format. A number of plays in the series have won awards and have been produced locally and internationally.

Masks required for all audiences