NSRTC – The Man in Yellow – by Michael Kimball 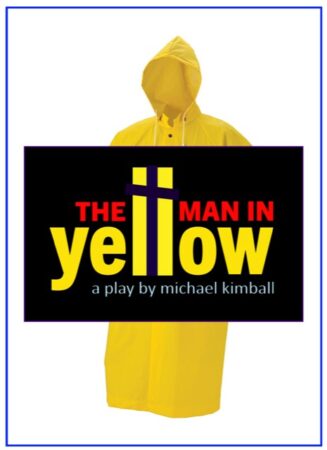 Dress rehearsal in a small Maine church is interrupted when the church’s fire-and-brimstone minister and his son arrive with a political prisoner, a kidnapped state senator.

Michael Kimball received the 2014 John Gassner Playwriting Award (New England Theatre Conference) for his play Duck and Cover. His plays The Secret of Comedy and Best Enemies have been performed multiple times around New England. His psychological thriller Ghosts of Ocean House was nominated for the 2007 Edgar Award by the Mystery Writers of America.  Michael’s novels include the London Times bestseller, Undone. A longstanding faculty member at Stonecoast MFA in Creative Writing Program, Michael mentored writers and led workshops in popular fiction and scriptwriting before retiring in 2017.