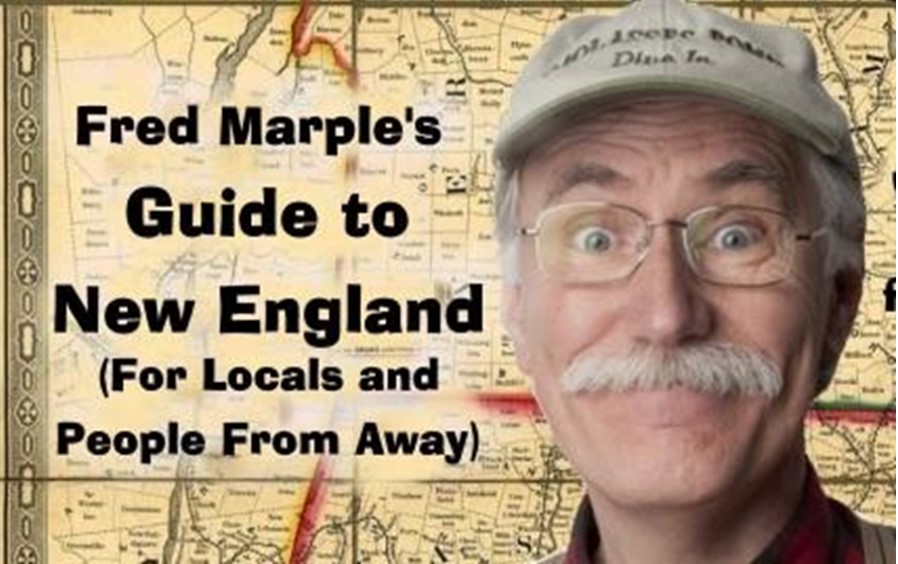 Fred Marple’s Guide to New England (For Locals and People from Away) is a hilarious look at all the things about Yankees that seem to confuse outsiders- what we wear, what we eat, how we dress and how we heat. Fred will discuss Yankee food, including why we think baked beans are haute cuisine. He’ll examine Yankee fashion, from the ever-present flannel to rummage sale ensembles. He’ll take about life in a small town, where everyone knows your business – often before you do – and he’ll describe the people who live in those towns, from the cheapskate native to the affluent transplant. “I’ll also talk about old houses and why we seem to love them, despite the bats in the attic and wiring that looks as if it was installed by Ben Franklin,” says Fred.

Fred Marple–also known as humorist Ken Sheldon– has appeared on New Hampshire Chronicle, on the radio, in the pages of Yankee Magazine and New Hampshire Magazine, and on stage all over New England. He is the author of “Welcome to Frost Heaves,” a collection of tales from the most under-appreciated town in New England. His video spoof “Yoga for Yankees” has been viewed over 6 million times on Facebook. Fred has been called “hilarious,” “a hoot,” and “smarter than you might think at first.” Visit him online at www.fredmarple.com