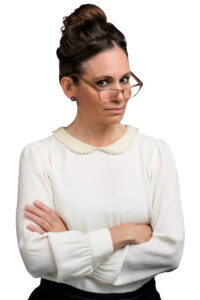 It’s just another day at Miss Nitwitty’s School for Girls…. Or is it? Miss Nitwitty is in a tizzy (known at the school as WittyTizzy) because the school mascot, her Teddy Bear Bunky, is missing! Whooooodidit? That’s the mystery crackerjack private eye Sam Spaid is hired to solve. Are the culprits the ladies from the basketball team, or the girls from the theatre class? Or are the pernicious perpetrators the lads from the Lawrence J. Fine School for Boys? The only way to find out is to see THE GREAT NITWITTY MYSTERY…Thirty six talented student actors will join two adult actors to reveal Whooooodidit!

Produced by The Actors Studio of Newburyport/Acting Out Productions

Firehouse Center For The Arts