Two Edward Albee plays – The Zoo Story and The Sandbox 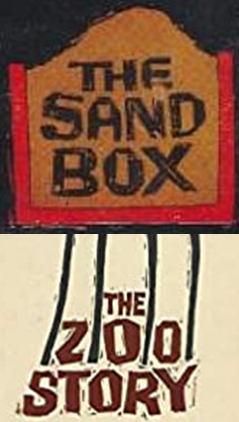 Among the most famous one act plays in the English language, Edward Albee’s The Zoo Story, is the story of two men, Peter and Jerry who meet at a bench in Central Park. Beginning with one of the most famous first lines in dramatic literature, “I’ve been to the zoo !“ It’s a cat and mouse confrontation, with Peter the unwilling participant in Jerry’s game. Revealed only in the final minutes of the play, discovering what that game is has rocked audiences around the world. The Zoo Story put Mr. Albee on the map beginning a career that included two Tony awards for best play and three Pulitzer Prizes for Drama. The Sandbox is equally compelling, sarcastic and extremely witty! First produced in 1960, the play serves as a front-runner of American absurdist theater. Albee deconstructs the American family as viewed through the rose colored glasses of the 1950’s.