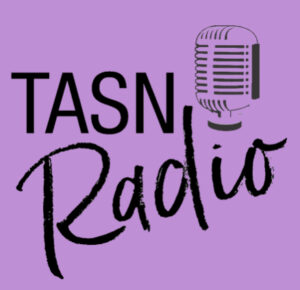 These shows originally aired in the forties and fifties. We also will be doing a few vintage commercials as well.
The TASN Vintage Players are happy to announce the cast and tech crew for the 2022 holiday performance. The four scripts for the show are drawn from original radio performances from the forties and fifties, and include Dragnet, My Friend Irma, Mysterious Traveler, and Lum and Abner.

If you Google the words local theater, you’ll see a picture of actor, director, producer, tech wiz John Budzyna, who will be running the sound board and helped design the sound for us.  By his side will be newcomer Dr. Olga Karasik Updike, who has been a professor of English Literature, and appeared this past summer in a production of Romeo Juliet.  She will be our folly artist doing live sound effects.

Dust off that fedora, dab on that Hi-Touch pimple cream, and join us!

Masks required for all audiences