There will be a Q & A after the show. 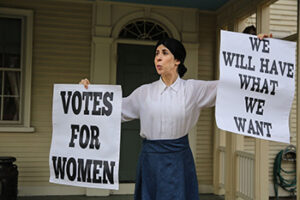