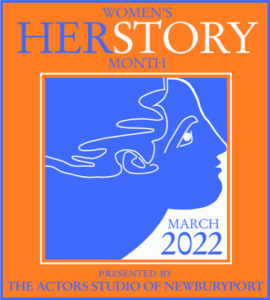 The Actors Studio of Newburyport’s Women’s HERstory Month committee is delighted to announce its celebratory program for this year’s Women’s History Month. “We have assembled an incredible suite of inspiring stories and performances,” says Camille Garro, (WHM Committee Chair). “It’s a melding of dance, theater, music and film, celebrating women and their myriad accomplishments and contributions today and throughout history. The year’s participants include: Custom House Maritime Museum, The Dance Place, The Firehouse Center for the Arts, the Museum of Old Newbury, People’s United Methodists Church and The Screening Room. Please join us for a month of very special events and performances.”

WE HOPE TO CONTINUE WITH OUR PLANNED LIVE EVENTS, BUT WILL PIVOT TO VIRTUAL IF COVID GUIDELINES CHANGE.

Description: In an illustrated talk and with excerpts from Murray’s writing, Bonnie Hurd Smith brings to life the 18th-century essayist, playwright, letter writer, and Universalist from Gloucester who championed women’s equality and female education during the early days of the New Republic.

Bio: Bonnie Hurd Smith has been writing, speaking, and preaching about Judith Sargent Murray for 25 years, since stepping down as president of the Sargent House Museum in Gloucester. Her books on Murray include: The Letters I Left Behind, Letters of Loss and Love, Mingling Souls Upon Paper, and We Believe in You: 12 Stories of courage, faith, and action from American women’s history. She is currently editing Murray’s letters for publication.

Venue: The Firehouse Center for the Arts
Saturday, March 5, 7:30pm 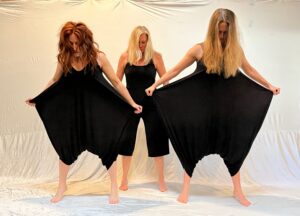 New choreography by Erin Staffiere, Jen Steeves, and Fontaine Dubus offer the same depth and passion that Exit has been known for since its beginning in 1987. Staffiere’s new piece, Taranta, (working title), is based on women from the Salento region of Italy who would go to the church, and throw themselves to the ground flailing and spinning. This ritual has been said to cure spider bites, but was also intended to express women’s desire to be free from the oppression of a strict and patriarchal culture. Taranta features eight dancers.

Guest performer, Victoria Grinnings will be dancing a solo which she choreographed in collaboration with Dubus. The piece is set to prose poetry written by Blake Hammond, a young writer based in Lowell, Ma. 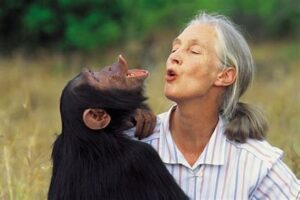 It would be hard to name anyone who has had more of an impact in the realm of animal research and wildlife conservation than Jane Goodall, whose 45 year study of wild chimpanzees in Africa is legendary.

In Jane’s Journey, we travel with her across several continents, from her childhood home in England, to the Gombe National Park in Tanzania where she began her groundbreaking research and where she still returns every year to enjoy the company of the chimpanzees that made her famous. Featuring a wide range of interviews and spectacular footage from her own private collection (including her years in Gombe), Jane’s Journey is an inspiring portrait of the private person behind the world-famous icon. Directed by Lorenz Knauer. 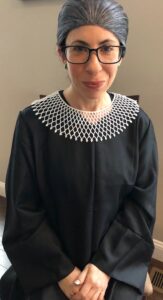 Ruth Bader Ginsburg was an American lawyer and jurist who served as an associate justice of the Supreme Court of the United States from 1993 until her death in September 2020. She was the second woman and the first Jewish woman ever appointed to the Court and became the longest serving Jewish Justice.

She championed fairness and equality and objected to different expectations for men and women, prejudice against minority groups in places like hotels and restaurants, and women having fewer job opportunities than men. Ruth served on the national board of the ACLU (American Civil Liberties Union)  and launched The Women’s Rights Project, she continued to be a leading voice for gender equality, women’s interests, and civil rights and liberties.

Ruth Bader Ginsburg’s life continues to be one of achievement: as a lawyer, professor of law, a judge, and then a Supreme Court justice, she stands out because she was not afraid to dissent, disapprove, and disagree with conditions of unfairness and inequality. This show is the inspiring story of how she changed her life — and ours.

“Fight for the things that you care about, but do it in a way that will lead others to join you.” ~ Ruth Bader Ginsburg

A graduate of Emerson College where she received a BFA in Acting. Sheryl Faye currently stars in 10 one-woman shows that she tours throughout the Country to different schools for enrichment programs, libraries, historical societies, senior centers and more!.  She also writes and performs with StageCoach Improv. She also works on films, television and theater throughout Boston and New York.

“I have an incredibly supportive family for which I am so blessed.  Thank you Mom for encouraging me, driving me, studying with me and cheering me on!”

Kristin Miller, In Her Voice: The Muse speaks through Cello, Dance, and Film 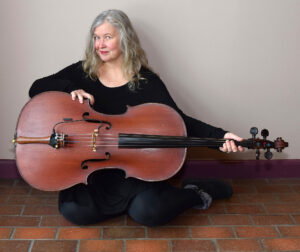 Kristen Miller is an award-winning multi-style cellist and composer. She has released several records to critical acclaim. She was the cellist on guitarist Ryan Judd’s guitar and cello duo record An Open Sky, which spent over a year on the Billboard Top 10 New Age Chart. Her latest record Cello Journeys (2021) was released on the Heart Dance record label and spent 3 months on the Zone Music Reporter top 100. She is composing and recording a new cello and harp record due out in 2022. In addition to being a cellist and composer, Kristen is a Shamanic Sound Healer with a private practice in Amesbury, MA, where she lives with her husband Marcus Lisle and her teenaged son Phoenix.

Jenny Carlson, owner of High Street Studios school of dance, trained at Imperial Dance Academy and at Emerson College where she received a BFA in dance. She has performed with Flipside Dance Theater, Freshly Squeezed Dance, and was a choreographer and performer of aerial and modern dance with Ipswich Moving Company for over 20 years. The Boston Globe described her as “a beautifully lyrical and articulate dancer, who moves with a lush fluidity.”

Marcus Lisle is an ordained Interfaith Minister, visual artist and graphic designer. He enjoys creating digital projected backdrops for theatrical productions, making music videos with cellist Kristen Miller, and improvising VJ mixes with Underwater Airport, a multimedia recording ensemble whom he has collaborated with since 2009. 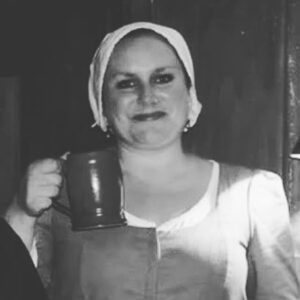 Women were well represented as defendants, witnesses, and accusers in 17th century court cases. Settle in for a fun evening of actual women’s voices from the sizzling pages of the Essex County Quarterly Court. Cursing, fornication, slander, witchcraft, even murder besmirched the reputations of Newbury’s Puritan goodwives, and their expereince is louder, bawdier, and livelier than most of us were taught in school. Join historian and author Bethany Groff Dorau for a theatrical rendition of a 17th century ZOOM court session. Libations provided by Ipswich Ale Brewery.

Bethany Groff Dorau is executive director of the Museum of Old Newbury, the author of A Newburyport Marine in World War I: The Life and Legacy of Eben Bradbury and A Brief History of Old Newbury (History Press). She is also a primary contributor to the Defining Documents in American History Series. Dorau is the recipient of the Preservation Leadership Award from the Newburyport Preservation Trust, the Pioneer in Preservation Award from the Essex National Heritage Commission, and the North of Boston CVB Leadership Award. Bethany sits on the executive board of the North of Boston CVB, Lowell’s Boat Shop, and the planning committee of the Newburyport Literary Festival. She has published articles in the New York Times, New England Quarterly, the Encyclopedia of American History, and Historic New England Magazine. She holds an MA in History from the University of Massachusetts, and lives in West Newbury with her family.

COVID GUIDELINES
For the safety of all who attend live events, all patrons must present proof of full vaccination for Covid-19 in order to enter the venue. Masks must be worn at all times.